How to Negotiate A Pay Rise

Feel as if your job doesn’t pay you enough? You’re not alone. Research shows that 65% of UK employees believe they are underpaid.

Many of us end up quitting our job to seek out a better paid job. However, there is an alternative solution, which is to ask your current employer for a pay rise.

Negotiating a salary is something that many of us have never done before. In a study of 1200 workers, 40% of men admitted to never having negotiated their salary before, while 55% of women owned up to never negotiating their salary. It is something that many of us don’t do because we do not know how to do it – we may not know how much to ask, when to ask and how to ask without causing offence or sounding greedy.

So just how do you negotiate a pay rise? Below are just a few simple tips.

Know how much to ask for

When asking for a pay rise, you should try to be specific as to how much more you deserve to be paid. To work this out, you should factor in:

A 3% pay rise would have once been seen as generous, but nowadays the high rate of inflation means that it’s perfectly acceptable to ask for a 10% pay rise (or even a 20% pay rise if you’ve worked at the company for several years and never had a salary increase).

Seeing as you are asking an employer to spend more money, you need to make sure that they are likely to be in a generous mood when you approach them. Do not try to approach them during a busy period of the day or in the middle of the crisis. A quiet period is likely to be the best time. Even better, schedule an appointment for a typically quiet period of the week so that you have their full attention.

Get your pitch right

A confident and well rehearsed pitch is more likely to persuade an employer. Try to be direct when opening the pitch by giving your reason and then stating that you would like a pay rise. When giving your reason for a pay rise, try to provide facts and figures that show why you are deserving – whether it is evidence of your work performance or simply the rate of inflation. Make it clear that you are passionate about continuing to work for the company, but that you feel a pay rise would motivate you to be more productive. Wait until the end of your pitch to discuss the salary figure. This will ensure that they listen to your reasoning and are not preoccupied with the amount that you are asking. Throughout the pitch, stay friendly but stick to your guns – avoid using phrases like ‘but don’t worry if that’s not possible’ so that you come across serious.

Give them time to come to a decision

Your employer may not be able to give you an answer straight away. They may need to have a look over their HR budget to determine whether a pay rise is feasible, in which case you should give them the time they need. In other cases, an employer may ask you to further prove yourself. Be prepared to do small tasks to prove your worth, but do not take on extra roles or challenges if you feel you are already being underpaid for what you’re currently doing. In most cases, an employer will come back to you within the next few days with an answer, and if they forget, don’t be afraid to remind them. 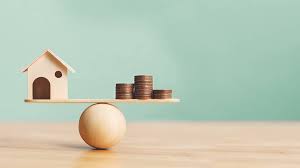 The Cost Of Living Crisis

The Cost of Living Crisis For some time now, the cost of living in the United Kingdom has been on the rise. Interest rates have been slowly creeping up, and gas and electricity bills have been increasing at an alarming rate. This has led to a rise in insolvencies and bankruptcies, as well as a 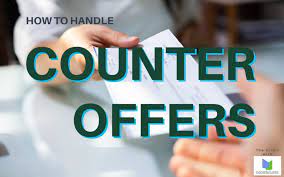 How To Handle Counter Offers

You’ve found a new job and you’ve filed your resignation. You’re ready to leave and start your new position. But wait – your current employer has just provided a counter offer encouraging you to stay. Such counter offers can often come as a surprise, and can put many of us in a precarious situation. You 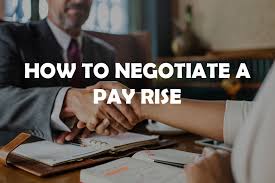 How to Negotiate A Pay Rise

Feel as if your job doesn’t pay you enough? You’re not alone. Research shows that 65% of UK employees believe they are underpaid.  Many of us end up quitting our job to seek out a better paid job. However, there is an alternative solution, which is to ask your current employer for a pay rise.