Interest Rate Rise – The Economic Outlook for the UK

Interest Rate Rise – The Economic Outlook for the UK

Much like other parts of the world, the economic outlook for the UK isn’t great. Following a botched Brexit, the cost of living, interest rates and world events cripple the average citizen. At the same time, the Bank of England is stemming the threat of inflation with more interest.

In today’s Queen’s Speech for the opening of parliament, legislation for the cost of living is expected. However, it isn’t yet confirmed, while many Britons get on with a severely reduced quality of life. Recent increases mean people have much less money, which now goes towards utilities, council tax and increased rent for a monthly deficit. And it’s like this for millions of people in the UK. Recently, gas and electricity prices leapt by 60% following OFGEM’s energy price cap increase so suppliers could stay in business through a steady rise in wholesale prices.

But if the cost of living crisis isn’t enough to rub dirt in the face for most, interest rates are set to rise again. Bank of England Governor Andrew Bailey had this to say: “some degree of further tightening of monetary policy might still be appropriate in the coming months” after raising rates from 0.75% to 1% last week. According to financial analysts, interest rates are set to rise between 1% and 2% by the end of the year and as much as 3% into 2023 and 2024. Rising rates are, of course, in response to inflation, which isn’t being helped by current world events.

One of the most destructive current events is the war in Ukraine. Europe hasn’t seen anything like this since World War II. The Russian dictator, Vladimir Putin, is waging an unjust and illegal war on innocent civilians. However, what is clear is the impact the war is having on international finance and the economy. Ukraine alone has requested $1.4 billion in finance from the IMF. With global commodities like wheat and oil at a 14-year high on the CME market.

Recession is a word that all but the most unscrupulous short-sellers like to hear. Yet it remains a constant threat to global and national economic markets. Due to current events and the largest UK cost of living increase since the ’50s, some accountancy forecasters predict a recession is imminent, with Summer 2022 tipped as the starting point. Additionally, consumer spending is down, causing an impact on retail sales, as the country still isn’t fully recovered from COVID-19. Therefore, recession is a real threat when you also consider current global supply chain issues.

The phrase “Broken Britain” once referred to the state of society. Still, the term has come to extend right across the national zeitgeist. World events aside, the news is filled with daily segments on “Partygate” and now “Beergate” as UK parliamentarians, high ranking MPs and leaders scramble to fix shattered reputations. The UK economy is broken right across the board. Brexit alone has reduced the average income by up to 1.3%, with staffing shortages of over 200,000 as EU nationals went home, and insolvency rates are double that of last year.

The UK is at the precipice of economic disaster. Interest rates are steadily rising to curb inflation. And the cost of living crisis squeezes income like never before. All the while, Russia’s war in Ukraine increases the once stable prices of essential worldwide commodities. 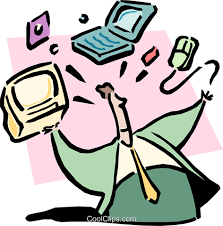 How to juggle a busy workload

How to Juggle a Busy Workload A heavy workload can feel like a rocket-powered hurtle towards the wall of burnout. But you can avoid a Wile E. Coyote disaster with stress management and time management techniques. Know Your Limits and Don’t Overreach Maybe no one has told you, but you are only one person, and

We care about our clients

We care about our clients Many recruitment firms see their industry as a numbers game. The more candidates and clients they can process, the better.  However, this business model doesn’t serve you. High-quality business-employee pairings are rare, and clients often wind up with workers who are ill-equipped for their respective roles.  Imperium Financial Recruitment takes

Top Tips for Video Interviews Are you gearing up for a video interview? Whether it’s with Microsoft Teams, Zoom, or another platform, you can do a few things to make sure you’re prepared and have the best chance of being successful. We’ll share some top tips on how to conduct yourself in a meeting and